18 April 2022. Montreuil Sur Mer, Hauts de France, France.
Emmanuel Labbaye, a bronze specialist applies wax to the statue of Field Marshal Douglas Haig on International monuments day. The statue takes pride of place in 'La Grand Place' in Montreuil Sur Mer is currently undergoing much needed €40,000 repairs.
The ancient fortress town of Montreuil Sur Mer was the HQ of the British Army during WW1. The statue, (the second one produced) is classified a heritage monument and has stood in tribute to Haig for the past 70 years. The first statue, erected in 1931 was melted down by German forces in WW2. Fortunately artist Paul Landowski kept the original mould and another 3 tons of bronze were used to recast the statue destroyed by Hitler's forces. The statue has for years generated controversy, firstly after publication of the 'Secret diaries of Douglas Haig,' where he was less than flattering of his French counterparts and also for his role in the deaths of over 20,000 British soldiers on the first day of the Battle of the Somme and the bloodshed which ensued. However current Mayor of Montreuil Pierre Ducrocq is happy his town can once again extend it's appreciation to 'her majesty's subjects.'
He said, 'I am happy to receive our English friends today in this complicated post Brexit political climate. These different exchanges are placed within the framework of the Entente Cordiale we have maintained for centuries. Our wish is to once again develop the links which unite us with our English friends.'
Special attention will be given to Field Marshal Haig's sword. Stolen twice, a copy of a sword identical to the one used by Haig was discovered in the attic of a local house once billeted by British forces. It was copied in resin and cast in bronze and will be attached by Emmanuel Labbaye.
The restoration is also financed by the 'Association du Souvenir Français,' whose motto reads - 'We will remember them - to them immortality.'
Photo©; Charlie Varley/varleypix.com 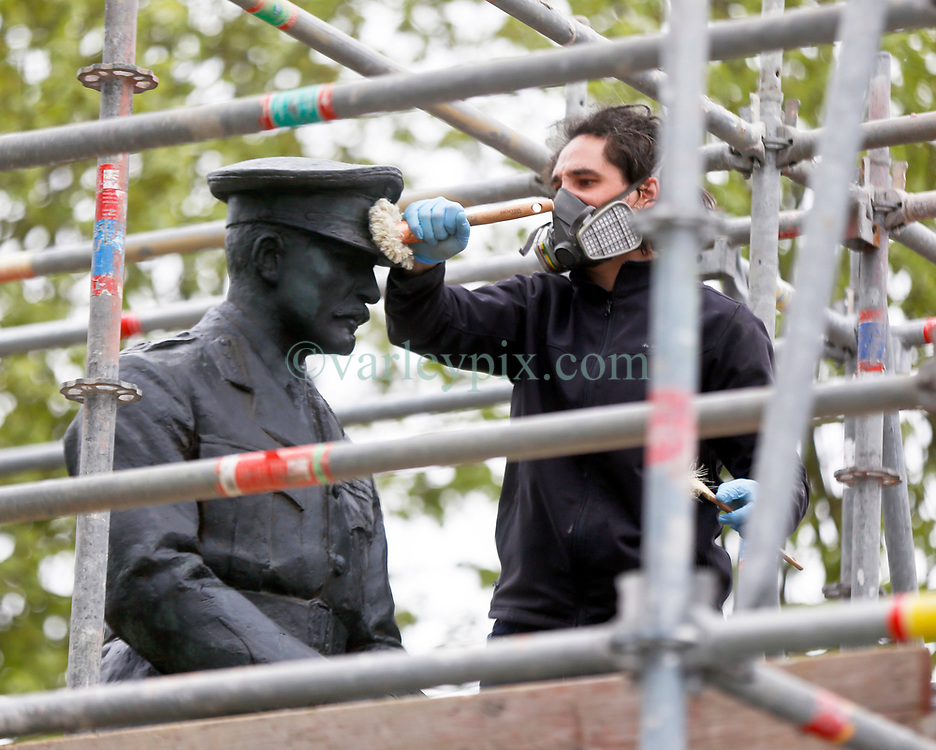