From Barataria Bay to Grand Isle.

06 June 2010. Barataria Bay to Grand Isle, Jefferson/Lafourche Parish, Louisiana.
Shrimpers surrounded by oil boom on their boat in Barataria Bay. The shrimp boaters should be sweeping the waters for up to $5,000 worth of beautiful Gulf shrimp a day but the fishing grounds are all closed. Instead they are making around $1,000 a day for BP contractors instead, a fraction of what they would ordinarily be making. The fishermen do not have fixed contracts with BP and does not know when BP will stop hiring them. The debt collectors have been calling asking for their money. The shrimpers advise them to call BP. They know their lives will never be the same again. The ecological and economic impact of BP's oil spill is devastating to the region. Oil from the Deepwater Horizon catastrophe is evading booms laid out to stop it thanks in part to the dispersants which means the oil travels at every depth of the Gulf and washes ashore wherever the current carries it. The Louisiana wetlands produce over 30% of America's seafood and are the most fertile of their kind in the world.
Photo; Charlie Varley/varleypix.com 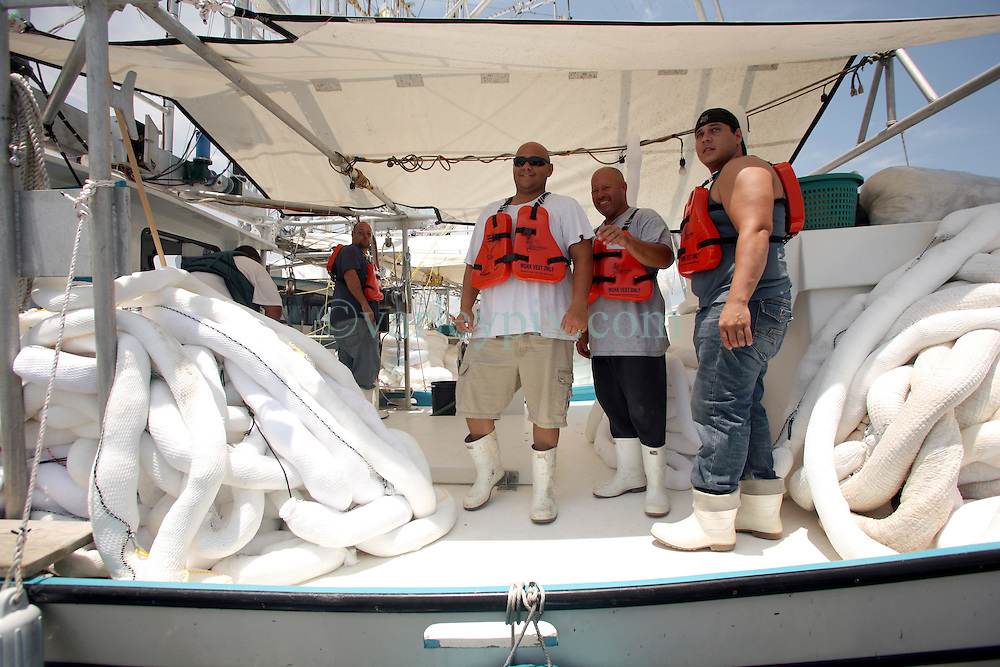