14 September 2001. New York, New York - USA.
Post 9/11 World Trade Center attack.
Mike Quilty and Rich Kelly, firefighters. Missing presumed dead. Hero firefighter, colleagues of Mike Kehoe of Engine 28, Ladder 11 pictured in a memorial erected at their firehouse on East 2nd Street in the East village early in the morning of Sept 14th.
Mike Kehoe's image had been published the day before on front pages around the world. It is the iconic image of him ascending the stairs of the World Trade Center as he helped to evacuate people from the terrorist attacks of 9/11. It was assumed Mike had perished when the buildings collapsed. However Mike had miraculously managed to escape the buildings moments before they collapsed. 6 members of his crew were not so fortunate. Mike became a symbol of heroism to many following the vicious Al Queda attacks which claimed over 2,000 victims at the WTC site. This images was published exclusively on the Front Page of the Daily Mirror on 15th Sept, 2001.
Photo exclusive©; Charlie Varley/varleypix.com 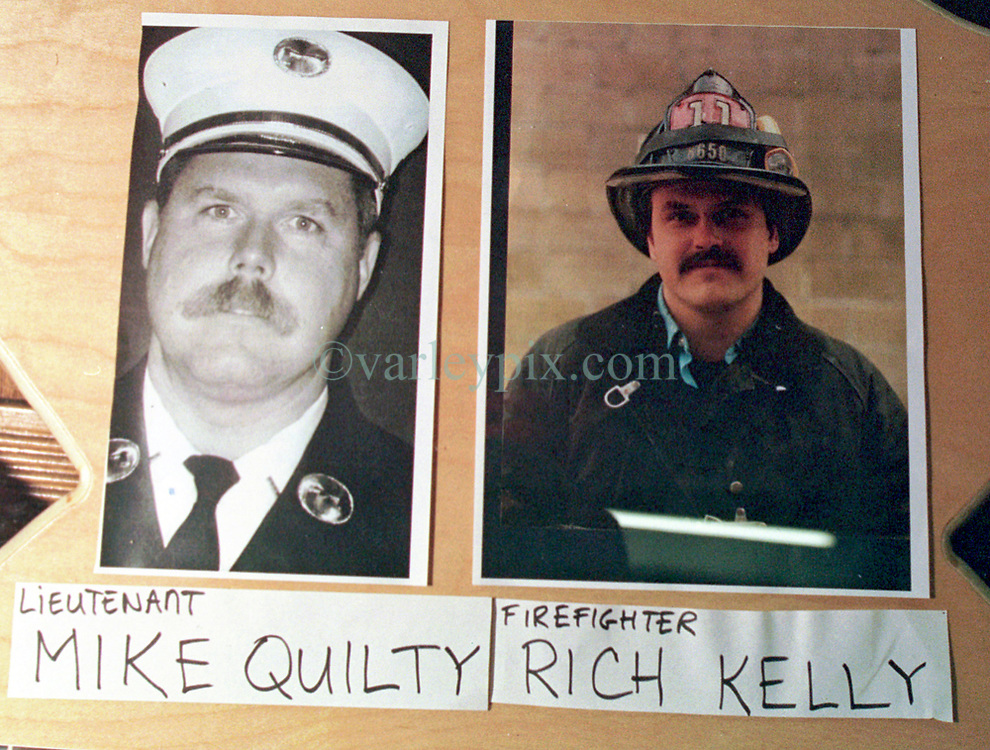